When you’re a Sydney local it is easy to get stuck in a rut. Once you find ‘your beach’ or ‘your ocean pool’ it can be tempting to not venture far from there. However, what better time to explore the many ocean pools of Sydney then during a summer where you’re limited to Sydney!

Plus the spread of COVID is reduced in open air, it’s a win-win.

Yes state borders are reopening, and apparently international travel will be a thing again, but why not enjoy our little gem of a town first? There is no better time for it.

I’ll update this blog post as I go, but the goal is to explore every ocean pool Sydney has to offer in the next few months.

I’ve separated by location and then listed in order of my personal favourites.

A little slice of paradise hidden in the north of Sydney. Tucked away in the cliff face this ocean pool makes you feel one with the sea. Fresh water, killer views and surrounded by smooth rocks perfect for sun-baking on. At times you can feel like this piece of heaven is all to yourself. Take the trail from the parking lot near North Curl Curl Life Saving Club to get there easily.

One of my top favourites. Not as crowded as the city beaches, crystal clear water and with part of the walls natural sea rock it feels like a magical place.

I was pleasantly surprised by this small beach. Arriving there is a bit difficult, the majority of street parking nearby is limited to two hours. This made me wonder if it was worth a trip, but the beach and tidal pool definitely deserve a visit. There’s sand, rocks and grass so take your pick about where you’d prefer to sprawl out in the sun. The beach and pool are right next to each other so that you can flip flop between the two with ease. Water temperature is perfect, it’s a great snorkel spot and the view of North Harbour is breathtaking.

Warning: if you’re scared of seaweed/fish/rocks the beach itself isn’t for you.

South Curl Curl is a quiet gem nestled in the cliffs of the Northern Beaches. It sneaks ahead of Mona Vale due to the easy parking, nearby facilities and space to spread out on the rocks. Family friendly and peaceful. In the day it’s mainly a few retirees, in the afternoon it gets busier with kids.

I love this pool for how peaceful it is. Perched right over a great snorkelling spot, Fairy Bower is welcoming and natural. One of the smaller pools, go on a weekday or early to avoid crowds.

Bilgola is so relaxed and, even on a sunny weekend, not crowded. The rockpool has great areas for sunning, stands out on a rock ledge for great views and is perfect for floating about. Another positive is how close it is to a carpark and great café. Sip on delicious coffee, eat a tasty brunch or have a freshly made juice with the view of the ocean. What could be better?

Similar vibes to Dee Why in that it’s surrounded by a mixture of cement and natural rock shelf. Beautiful clear water, less crowded than Dee Why and views of Manly Beach and Freshwater Beach puts this rockpool ahead. It’s also a short walk to the beach if you want to change it up between pool and sand.

Newport is a place I’ve never heard of before. It’s quiet, big, and feels like a secret spot in Sydney. The rockpool is conveniently located next to a bathroom/shower facility and plenty of free parking nearby. It’s a fun pool where you can hold onto the fence as waves pummel you and you very much feel part of the ocean. Beautiful spot even during a stormy day. Slightly lower on the list as I don’t love the surrounding beach (it has a large stormwater drain jutting out in the middle of it).

Dee Why Rockpool grew on me. At first the rockpool seemed more like a lap pool (I prefer more natural ones), there was old seaweed, and were some pigeons milling around the cliff. However, plunking myself down on the warm sandstone and watching as the waves hit the rocks immediately put me at ease. Plus there’s plenty of parking nearby, it’s large so that even when it gets busy there’s a space for yourself, and the location right on the cliff edge is perfect for lying in the sun.

Tip: for those that prefer natural pools there’s a natural one that forms on the headland near the edge. Go with caution.

Sleepy Greenwich is home to these baths nestled between leafy streets and mansions. With a panoramic view of Sydney, it’s a great spot to visit. Home to a small kiosk, bathrooms and change-rooms. It also has a few loungers to lie on if you don’t want to get in the sand. These baths are very family friendly (in fact it will mainly be mums + bubs) so may not be the most quiet at times.

Boasting one of the best views of Sydney, Maccallum is a comfortable pool looking out to Sydney Harbour. Situated slightly lower because of the small size and water quality when there are a lot of people. Great for soaking in the Sydney skyline though.

Peaceful, quiet, great views. Good for those that prefer feeling like they have the beach more to themselves.

A true hidden gem in a leafy suburb of Sydney. Surprisingly beautiful and a great place to sunbathe and take a dip. (Not a traditional ocean pool, more of a salty river).

Yet to see, it’s cleaned regularly. Meaning it’s emptied and then refilled. We happened upon it on an empty/cleaning hour.

The bogey hole is a 100% natural rock pool in one of the best known beaches in Sydney. Bronte can be a rough beach, so this bogey hole is always a safe bet for cooling down. It also is great for snorkelling on a calm day.

Hands down one of my favourite ocean pools of all time. Right on the edge of scenic cliffs, facing towards the ocean. It feels wild and natural. Even though it’s popular, there’s plenty of space. Despite its ruggedness, there’s a carpark and facilities nearby, making it convenient too.

Wylie’s Baths is a stunningly beautiful ocean pool located in the southern end of east Sydney. It’s surrounded by picturesque wooden architecture and is very well kept. There is a kiosk, facilities and small cafe. The baths have a mix of rock, sunny cement and shaded benches + outdoor showers. With views towards the ocean and Coogee Beach it’s a great spot. Definitely worth the $5.50 entry fee to check it out.

Tip: there are plenty of parking options nearby

Warning: watch out for the sea urchins or you could get a spine in your foot!

Maybe I’m biased with Bronte, it was where I always went as a child, so I do feel a lot of nostalgia whenever I go there. But it’s always a great visit. Standing on the edge and holding on as the waves hit is all part of the fun.

Redleaf is tucked away in exclusive Double Bay. It boasts great views and has a beautiful ocean pool. Whether you’re swimming or tanning on the boardwalk it’s the trendy place to be. Peaceful yet cool, and at times a European vibe.

Iconic Sydney, with a killer view. It’s lower on the list due to the entrance fee of $9. It’s great to enjoy from above if you prefer to stay dry.

Tucked up in the corner of Coogee Beach, this picturesque pool is worth a look.

If you want to do some laps next to the ocean, this is your pool.

Lower on the list as it was a very strict place. No photography allowed, there is a time restriction for your stay, and you must pay $2.50 to enter. I felt a bit rushed when I visited these baths, and was asked to leave within 1-2 hours on an empty day.

South-east Sydney delivers with Malabar Ocean Pool. Amazing colour of the water and not very busy. Great for a quick dip and sunbathe without needing to fight the crowds. Surrounded by scenic Malabar Headland it’s a top spot.

Other top things to do in Sydney

The obvious call for everyone living in Sydney during summer. With the lockdown finally over we can venture beyond our local government areas, and that means people who don’t live by the beach can finally enjoy the sea breeze!

Drinks with a view

Having a sundowner is great, enjoying it with a view is even better. Take advantage of being allowed out of the house and hit up some of these great bars and pubs to appreciate Sydney at its finest. 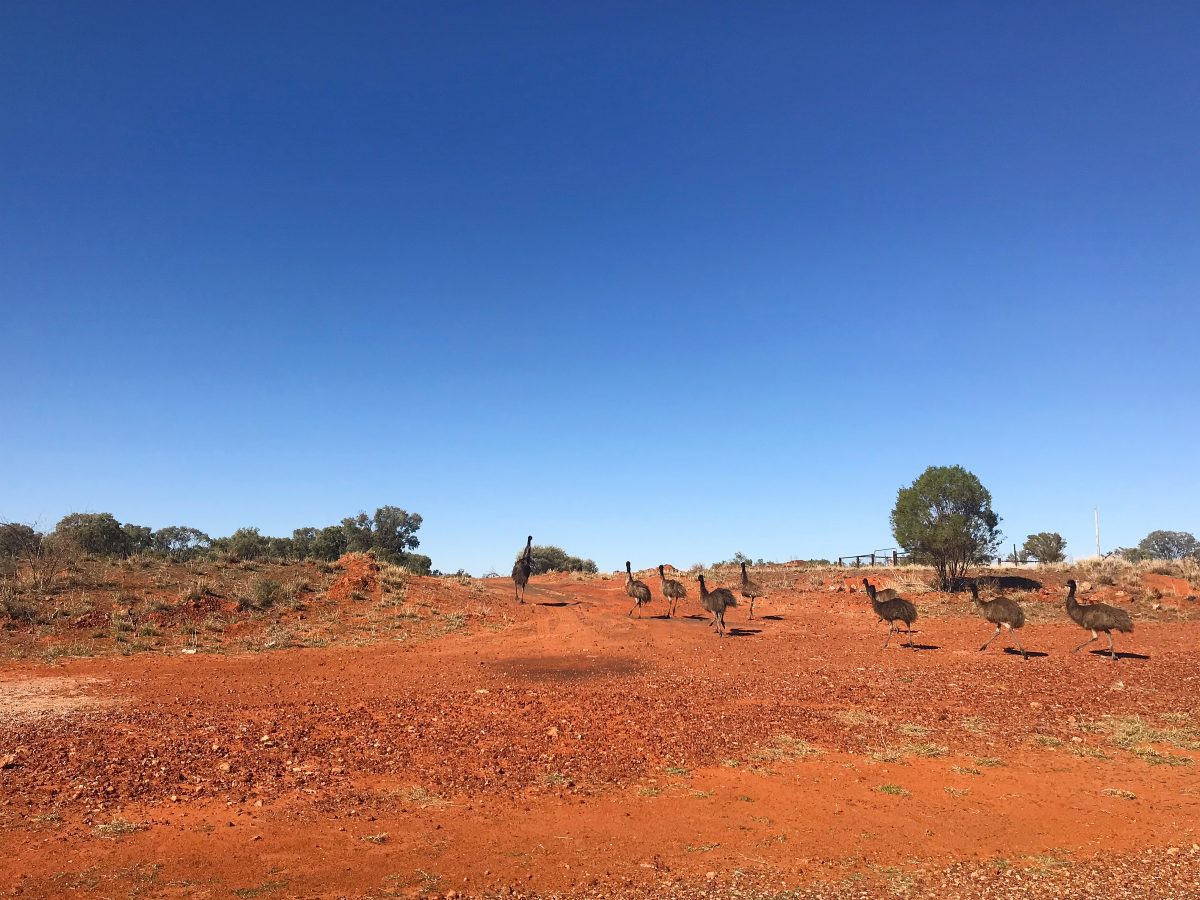 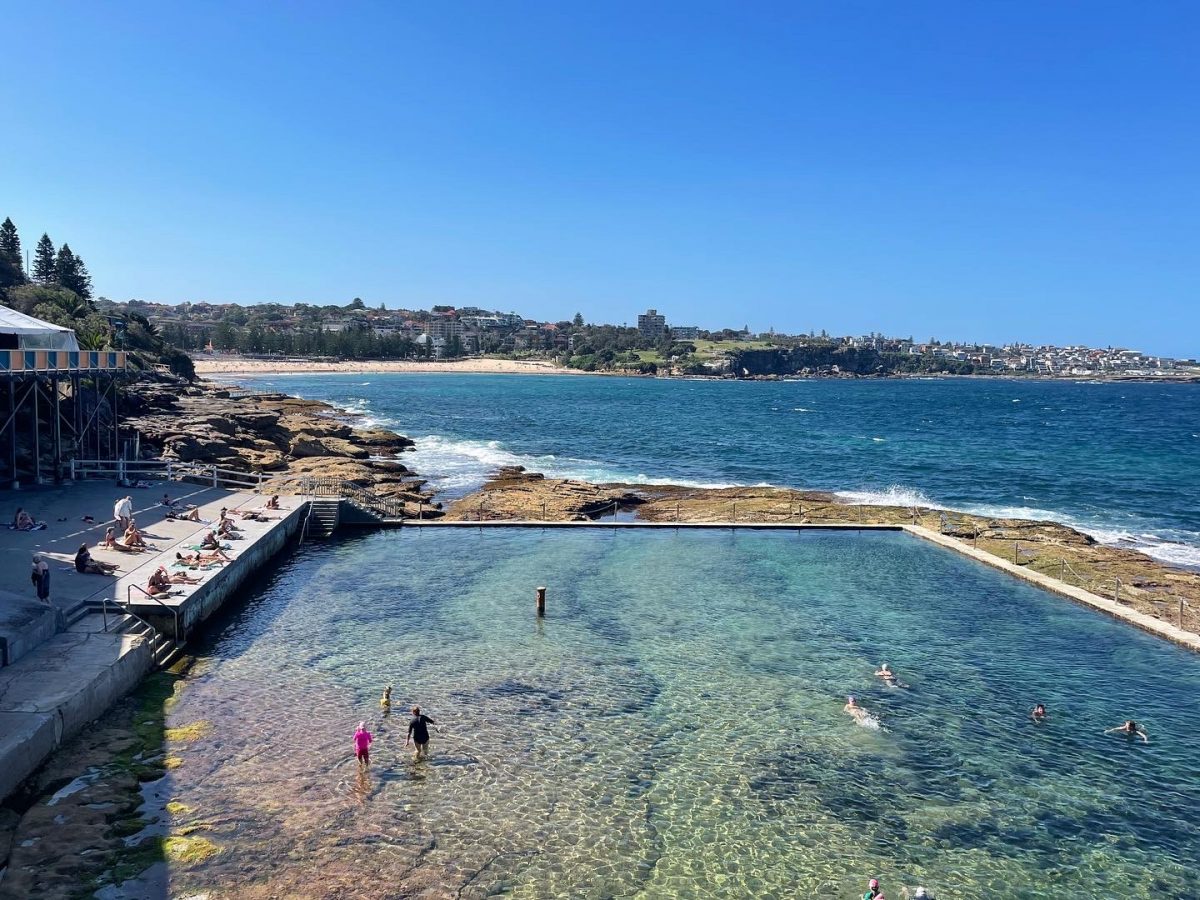